A New Age of Activism: BLM is Reaching a New, Diverse Audience Through Social Media 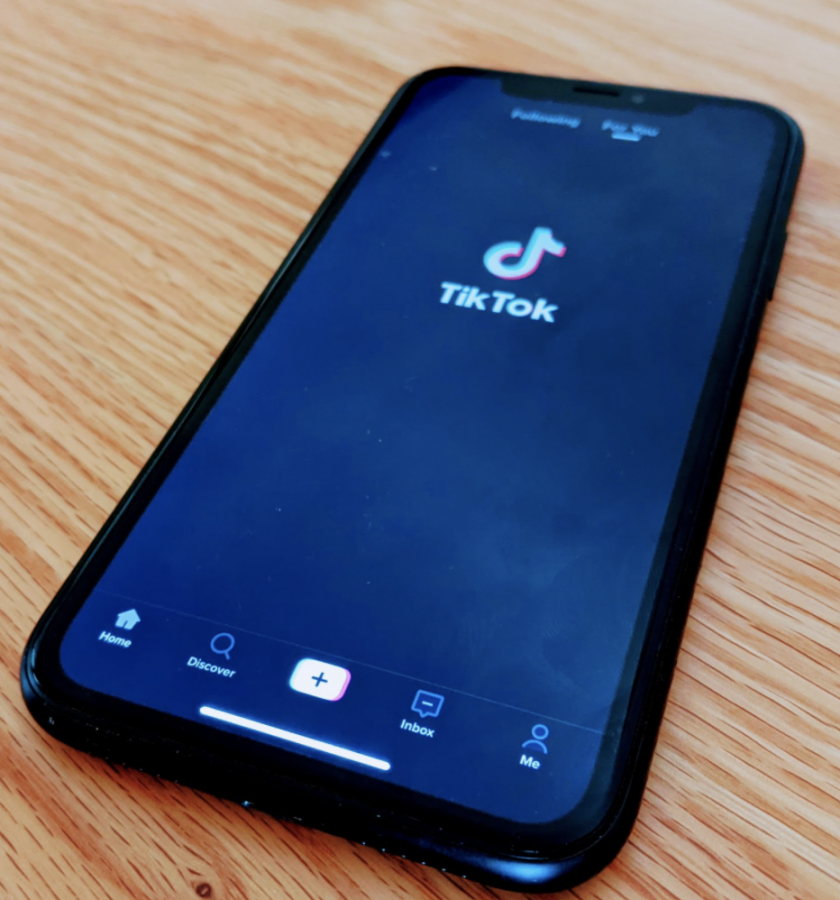 Tik Tok is one social media platform where BLM activism has found a home.

Throughout history, people have fought for their beliefs in different ways, from the printing press to historic marches. Now, with a raging pandemic and a racial reckoning long overdue, people are still fighting for their beliefs, especially following the Black Lives Matter (BLM) protests. A large part of this BLM activism has been driven by youth through social media platforms.

The BLM movement has touched many people, even in Arlington. In a survey conducted by the Insider, the majority of student participants stated that activism is important to them. Most survey-takers weren’t social media users, however they had seen the BLM protests throughout the media. Most survey-takers thought of social media as a way of promoting activism, especially surrounding the Black Lives Matter movement.

Ms. Ford is an advisor of Cohort Justice who met with the Insider to discuss the link between movements such as BLM and social media. “Cohort Justice started two years ago, and was created to be similar to the Black Student Union at AHS,” she said.  “I’ve always been a bit of an activist and have no problem voicing my opinions and, I believe the best way to make change happen is by coming together as a community, so it was a natural fit for me,” says Ms. Ford about  volunteering  to be one of the club’s advisors. “ Our main goals are bringing people together to understand one another, bringing awareness to our own cultures and cultural biases, and to be educated and educate others about injustice in our community and beyond.”

Since Tik Tok was created, it has boomed in popularity and many use the platform to voice their opinions and spread awareness. Ms. Ford, similar to survey takers, saw social media as a tool for activism. “There is a large audience that you have the opportunity to reach, and a lot of young people use social media and tend to be more understanding and open-minded toward opinions opposite their own,” Ms. Ford remarked.

8 minutes and 46 seconds: this time stamp has struck pain and outrage across the country. This past spring, a police officer had his knee on a black man’s neck for 8 minutes and 46 seconds, eventually choking and killing him. Similar violent incidents followed, sparking protests in many towns and cities. “The [racial injustice and treatment of BLM protesters was] very sad and heartbreaking but [it] also made me more aware than I already was. It compounded the facts that BLM is important and made me want to continue to speak out and be an ally,” says Ms. Ford. She attended a protest on Mass. Ave with her family which was organized by Arlington highschool students. She heard about the protest through many sources including her daughters, teachers at Ottoson, and even social media, “I’ve seen posts about Breonna Taylor, invitations to events, and references and information on how to become more aware about BLM and racial profiling,” Ford explained.

According to Ms. Ford, there are pros and cons when it comes to social media and activism. “You can reach many people and educate them, ” she explained. “Activism over social media does have a positive impact because lots of teens are on social media.” Student survey-takers said similar things. Louisa Snell said that since so many people use social media it’s a great way to spread awareness. Gael Cleetus said it can be a way to educate students on current happenings in a way they know they can relate to. One final survey-taker who preferred to remain anonymous said social media can make people happier.

That said, there are also cons to using social media for activism. Online, people talk to those who think like them and are not introduced to new ideas. Also, people generally choose to follow others who agree with them and there is often misinformation to be found on social media.

Now more than ever, there are many causes to fight for. According to Ms. Ford, our community seems to be on the right track. “I am very hopeful because lots of social justice movements, clubs, and organizations in Arlington are mainly being run and led by kids and teens. This also means these kids can spread awareness about the subjects that they are fighting for within their families and school community. Ms. Ford says that for those interested in getting involved in social activism, a good place to start is joining Cohort Justice where they are working on ways to provide more awareness in our school community.

Although in the past fewer young people were educated on the topic of BLM, now through social media many teens are being educated on the subject and joining the fight against racism. It seems that youth activists in our community have found a new voice on social media. Now more than ever, students can continue to spread awareness about the BLM movement and educate others to do the same.