Plays Over Zoom? How the Ottoson Drama Club has Adapted to the Pandemic 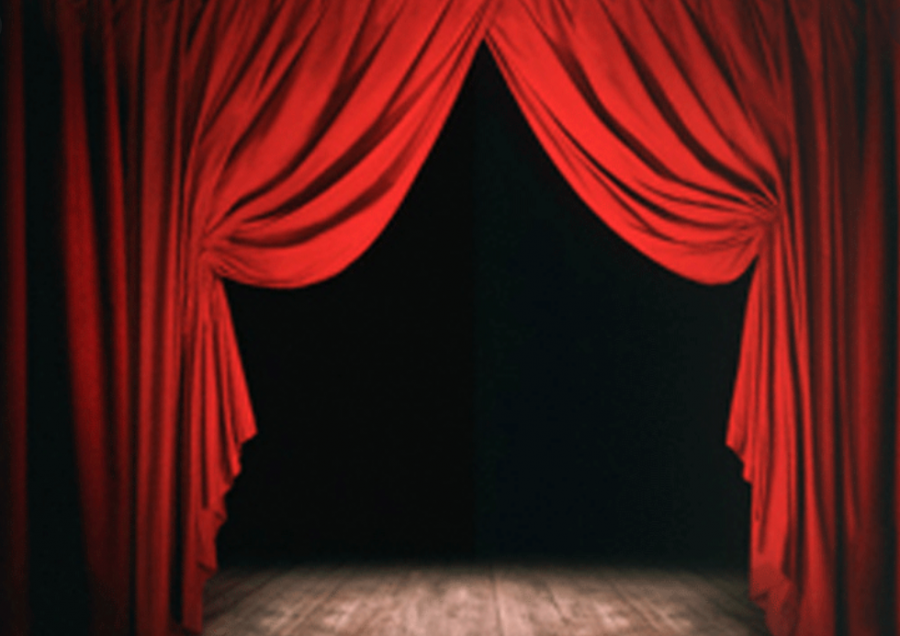 “All the world’s a stage,

And all the men and women merely players”

For millennia, drama and acting has played a big role in people’s lives. It appears everywhere from  TikTok videos, to Hamilton on Broadway, to your favorite TV show. But when the Covid-19 pandemic hit, everybody’s daily lives changed drastically. The world was forced to adapt to a new normal, and the Ottoson Drama Club was no exception. Now that they can’t perform together or sing together, the drama club has adapted by going virtual.

For the past few months, the Ottoson Drama Club has been meeting over Zoom every Monday at 4:30. There, students join breakout rooms and participate in improv games and team building activities, which are organized by the club’s co-presidents; 8th graders AJ U. and Lucy M., as well as club- director Ms. Fernandes. “We start with team-building activities and then the second half [of the meeting] is some sort of related game or exercise,” said Ms. Fernandes.

The drama club has a very fun and friendly atmosphere, which is a difficult thing to convey when you can only meet over Zoom. Still, many people were messaging each other and having funny conversations in the chat – one person copied the lyrics of  “Another One Bites The Dust” into the chatbox.

Ms. Fernandes began by explaining the meeting schedule and divided the club members into small groups to practice lines for their play. Then, she combined two small groups into a larger one, and each small group gave the other group feedback on their performance. At the end of the meeting, everyone got back together to discuss how their activity went, and also the plans for the next meeting. This system that the OMS Drama Club has developed shows how well they’ve adapted to these trying times.

Despite being virtual this year, the drama club is still trying to perform shows and workshop skits.  Currently, the drama club is working on a skit called Check, Please!, which follows a number of failed blind dates.  The specific version of this play has a very timely twist added to it: all the “dates” take place over Zoom! AJ also said that they’re hoping to perform  Fiddler on the Roof  in the future,  although it is undetermined whether or not this will happen. . “Another difficult part of Zoom drama club is we have to get not only the [legal] right[s] for the show but [also…]  the filming rights, since it’s over Zoom, which reduces the number of shows we can do by a lot,” he said. “We’re trying to get the film rights for Fiddler on the Roof, but we haven’t been able to, yet.”

Despite the pandemic, the OMS Drama Club continues to foster a sense of togetherness and fun. When I asked co-president of the club, Lucy M., what her favorite part about the club was, she responded, “definitely the people, ‘cause I made so many friends in the drama club. I did the drama club in 6th grade and coming from the Gibbs to the Ottoson I didn’t know a lot of people but I feel like after we ended, I knew everybody in the club.”

AJ and Ms. Fernandes had similar answers when it came to their favorite parts about the club. “My favorite thing about drama club is the sense of family, that we welcome every kid, that they care about each other so deeply, they are the most fun, creative, risk-taking kids I’ve ever met,” said Ms. Fernandes.

Because of the big switch from in-person meetings to Zoom, a lot of things about the Ottoson Drama Club have changed. For starters, usually the drama club has around 80-100 kids. Now, that number has dropped to around 40 kids. Also, the drama club is normally a lot more social. “We would watch movies, we would do an acting workshop, we would make cookies, we would go to the Capitol [theater] sometimes, it would be mostly social,” Ms. Fernandes explained to the Insider.

Acting can also be difficult to do remotely. “In drama, a lot of [the process] is blocking and acting [things]  out and hand movements or whatever, but through Zoom, we can’t do that because we’re all little boxes on everyone’s screens,” remarked AJ. “It’s not ideal. It’s really not ideal.”

One thing that hasn’t changed are the people and the community aspect of the OMS Drama Club. As Ms. Fernandes put it, “Drama kids are very resilient.”

In the face of these big changes and hard times, the thoughtful, creative parts of people often show, and that’s especially true about those in the Ottoson Drama Club. AJ’s enthusiasm is emblematic of the whole program. “I, for one, am excited to see how a Zoom show would play out… A lot of good people are in [the] drama club, a lot of good actors and I’m hoping that we can put together a Zoom show that feels like a real one and still ends up being a great experience even if we can’t be in person.”

If you are interested in learning more about the OMS Drama Club, contact Ms. Fernandes: [email protected]