As Congress Stands Divided on Impeachment, Arlington Lawmakers Weigh In 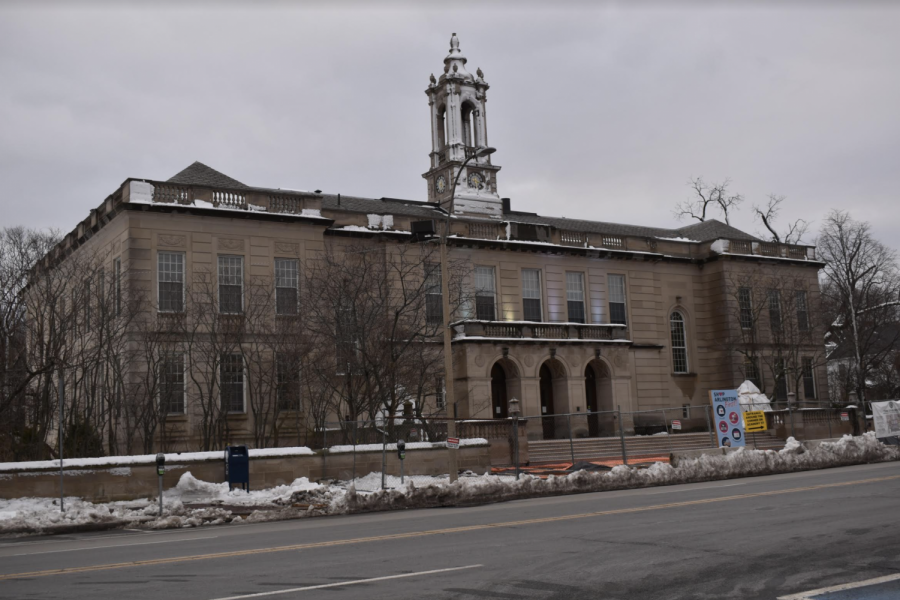 The first month of 2021 presented our country with a historic trio of events. On January 6, a group of rioters convinced that the 2020 presidential election had been stolen from former President Donald Trump, stormed the Capitol building. The riot was an attempt to derail the certification of the Electoral College votes for current President Joseph R. Biden, Jr. It was arguably the worst breach of Capitol security since the War of 1812 when British soldiers invaded Washington, D.C. and set fire to the Capitol building. Despite this, the election certification continued and President Biden was sworn in two weeks later, on January 20, marking the second notable January event. The third event, occurring right between the aforementioned two, was just as historic. On January 13, the House of Representatives impeached Mr. Trump for incitement of insurrection, making him the first president in U.S. history to be impeached twice and setting the stage for the first-ever Senate trial of an ex-president.

Former President Trump had been promoting election conspiracies many months before the events of January 6th. Throughout the 2020 general election campaign, he repeatedly suggested that Democrats were attempting to steal the election from him, using a litany of strategies such as rigging mail-in ballots in favor of President Biden. When Biden won the election, Trump refused to concede, continuing to insist that there had been massive voter fraud and that Biden’s win was illegitimate, despite no large-scale evidence to back up these claims. A significant number of Congress members joined Trump in these claims, perhaps most notably Senators Josh Hawley of Missouri and Ted Cruz of Texas. They joined approximately two-thirds of the Republican caucus in the House of Representatives informally objecting to Biden’s win during the election certification. Many politicians and observers have called these election fraud claims proven lies, and Donald Trump, who is their most prominent supporter, dangerous.

Joe Curro, a member of Arlington’s five-person Select Board and a longtime political participant, denounces Trump’s fraud claims, comparing them to Massachusetts elections. “We’re an overwhelmingly Democratic state, but we’ve had a history over the last thirty years or so of electing a lot of Republican governors, and nobody is going out and questioning the legitimacy of electing those Republican governors. We elected a Republican U.S. Senator; I didn’t hear anybody questioning the legitimacy of that election. […] They may not like the result, but they didn’t question the legitimacy, so it’s incredibly dangerous when we go down a path like this.” Curro’s opinions align with those of prominent Massachusetts politicians. Representative and Assistant House Speaker Katherine Clark, who represents the district containing Arlington, tweeted in January, “Every day that Trump is in office is a day America is in danger.” Senator Elizabeth Warren stated in a video posted to her Twitter account on January 13 that “Trump tried to strong-arm Congress into overturning the will of the voters. He cannot be president for another minute. It’s just too dangerous.”

While the certification process was occurring on the 6th, Trump gave a speech to a group of his supporters who had rallied in protest to the certification. He told the crowd “If you don’t fight like [expletive], you’re not going to have a country anymore. […] And we’re going to go to the Capitol. And we’re going to try and give [Trump an election victory].” He also falsely informed the crowd that Vice President Mike Pence would be able to single-handedly invalidate Biden’s win, which the Vice President does not have the power to do. Less than fifteen minutes later, the pro-Trump rioters breached the Capitol building. Violence ensued, leading to five deaths and many injuries. Democrats and some Republicans have accused Trump of inciting the riot, citing his inflammatory election fraud claims, which were largely responsible for the ensuing riots. House Democrats quickly moved to impeach the former president for incitement of insurrection. All but ten  House Republicans voted not to impeach, saying that the move would be divisive and not conducive to healing. Democrats in both the House and the Senate have countered this point by arguing that the only way there can be healing is if those responsible for the riot are held accountable. “I think that the most important thing that you can have in government is accountability,” says Mr. Curro. He agrees with congressional Democrats that impeachment was the right move. “Unfortunately, I think that the former president did a lot of damage to our country, in undermining […] respect and […] trust in the integrity of our elections, so […] the fact that this was ramped up to an extent that some of his supporters felt they were warranted in launching an attack on our democratic institutions…if that’s not impeachable, I don’t know what is.”

Although it holds considerable political weight, impeachment is merely a procedure to accuse a president of “high crimes and misdemeanors,” as is detailed by the Constitution. The Senate is set to try the former president starting February 9 to determine whether he is guilty of the crime for which he was impeached. When a president is employed in office, a conviction would remove them from office. However, because Trump no longer serves as president, a conviction would prompt a vote to bar him from running for federal office ever again. Be that as it may, it’s already looking like Trump’s trial will end in acquittal. 45 out of 50 Senate Republicans voted against the trial, saying that trying a former president is not constitutional. This idea was raised by Senator Rand Paul of Kentucky. A two-thirds Senate majority is required to convict an impeached official, but 90% of Republicans in the Senate believe that the trial shouldn’t move forward. This suggests that 55 senators (all 48 Democrats, 2 independents, and the 5 Republicans open to the trial) at most would vote to convict, falling short of the required 67. To some Democrats, the Senate trial has become a point of frustration, as it becomes apparent that many Republicans are still committed to former president Trump. Democratic Senator Tim Kaine of Virginia suggested a censure resolution as an alternative to conviction, which would not prevent the former president from running again, but formally condemn Trump for his actions. He dropped this resolution on February 2nd due to a lack of support. Despite his failed resolution, Senator Kaine is not alone in his frustrations. Zachary Grunko is an Arlington Town Meeting representative for Arlington’s 13th precinct and an active local Democrat. He says that it’s “frustrating” that Trump will most likely get acquitted, and that the Senate could be spending their time in more effective ways. Although he believes that the impeachment was “definitely well deserved,” Mr. Grunko is of the opinion that it might not be very productive to go through with the trial given the Senate’s composition. However, Mr. Curro believes unequivocally that the trial must go forward for accountability’s sake. “What I […] have a problem with is suggesting that the trial is not appropriate or allowable at all. I mean, you have to have a mechanism to hold people accountable.”

The timing of this impeachment is historically quick. During the insurrection on January 6, Representative Ilhan Omar, a Democrat from Minnesota, tweeted out that she was drawing up articles of impeachment. One week later, the article was debated on the House floor, and Trump was impeached. In contrast, it took nearly three months for Trump to be impeached in 2019 when he was charged with abuse of power and obstruction of Congress. “I agree with the swift action on the impeachment, and [there] really wasn’t much wiggle room, I think, for when the impeachment itself could’ve happened,” remarks Mr. Curro. However, some worry that this sped-up impeachment could set a precedent for the House to use impeachment, normally a rarely-invoked process, as a partisan tool to punish future presidents for doing things they don’t like (although some may argue that Republicans already did set this precedent when they impeached Bill Clinton in 1998). This concern is heightened by the fact that Representative Marjorie Taylor Greene, a Republican of Georgia, drew up articles of impeachment for President Biden on his first day in office on the baseless premise that he was enabling bribery. “It is a concern,” says Mr. Grunko, of the possible new precedent, stating that he has “no faith” in congressional Republicans not to abuse the power of impeachment in the future.

Though Congress has been bitterly divided by the impeachment proceedings, Mr. Curro and Mr. Grunko both stand firm in their belief that the process was the best decision to punish the former president for sedition. “If you don’t go forward [with impeachment proceedings] then presidents will basically have every right to break the law, or, […] do whatever they want in the final days of their presidency without any repercussions,” says Mr. Grunko. Mr. Curro emphasizes that the accountability brought on by the impeachment is what can save our democratic system. Of the Senate trial resistance he says, “If you can’t try a former official who was impeached while they were in office with the potential penalty that they will not be able to run for federal office again, I’d ask what good is the system in that case.”